Hip bursitis, also known as Trochanteric bursitis is inflammation of a bursa or small sack of fluid on the outside of the hip. Most cases of hip bursitis are caused by overuse and poor biomechanics, although a direct impact like a fall could also cause it.

What is bursitis of the hip?

A bursa is a small sack of fluid which is usually positioned in between a bone and a muscle or tendon. The function of a bursa is to prevent friction between the bone and overlying soft tissue. There are several bursas around the hip joint, including:

Trochanteric bursa – on the outside of the hip between the greater trochanter and the attachments of the gluteal muscles.

Iliopsoas bursa – between the iliopsoas muscle at the front of the hip joint and the underlying bone (bursitis in this area is also known as Iliopectineal bursitis).

Ischial bursa – Between the hamstring tendons and the base of the pelvis.

By far, the most common type of hip bursitis is from the trochanteric bursa. This can be injured in one of two ways, through a direct impact to the bursa, such as a fall onto the outer hip, which is known as traumatic bursitis,  or through repetitive friction from the overlying muscles and tendons, usually during running. This repeated friction results in the bursa becoming inflamed and swollen. Every time the tendons then rub over the bursa, this causes pain.

Bursitis of the hip can be caused by a number of factors including a fall onto the side of the hip can cause traumatic bursitis. Most cases of bursitis are overuse injuries due to biomechanical abnormalities. If you overpronate then you are more susceptible to this injury as the knee falls inwards which increases the angle at the hip. Weakness in the hip abductors, especially gluteus medius has the same effect.

Tight structures surrounding the hip such as the iliotibial band, hip flexors, and hamstrings. A bone spur which is a small excess growth of bone which can aggravate the bursa.

What can a sports injury specialist do?

If muscles surrounding the hip joint are tight then these must be stretched to reduce pressure on the bursa. Stretches for the outer hip, gluteal muscles, hip flexors, and hamstrings are important. Strengthening exercises more commonly need to be done for the muscles on the outside of the hip rather than the adductor muscles or hamstrings.

The following guide is intended for information purposes only. We recommend seeking professional advice before attempting any rehabilitation.

The aim of rehabilitation of hip bursitis is to reduce pain and inflammation in the hip, identify possible causes and return to full fitness. The most common causes are overpronation of the feet, weak hip abductors and tight muscles, particularly buttock muscles.

Hip bursitis pain can be reduced by applying a cold pack to the hip. Cold can be applied for 10 minutes every hour initially, particularly if the injury is very painful. This will help reduce the inflammation in the bursa and other local tissues if necessary. A simple reusable ice pack is ideal but should never be applied directly to the skin in case it burns the skin. Always wrap in a wet tea towel or use an integrated cold wrap to avoid burning.

Rest is also an important element for reducing pain. Continuing to train with an inflamed bursa may make it worse and will most likely stop it from healing. A chronic or long-term injury is always more difficult to cure than a recent one so rest now to avoid being out for longer later.

If overpronation or rolling in of the foot is a problem then this can be corrected with Orthotic insoles. See a podiatrist or other medical professional who specializes in foot biomechanics for an accurate diagnosis and the best results. Off-the-shelf orthotic insoles are also available and suitable for most patients

The orthotic will correct the motion of the foot providing a sound foundation for the rest of the body and preventing the lower leg from turning inwards which in turn causes the tip to twist when running and walking.

If the muscles surrounding the hip joint are tight then gentle stretching exercises are recommended. Stretching should be performed regularly, on a daily basis and ideally up to 5 times a day for the maximum benefit.

Stretches should be held for 20-30 seconds and should be repeated twice each time. Take the stretch to the point where a gentle pull in the muscle is felt and held. Do not bounce or try and force the stretch as this could be counterproductive or damage the muscle. If, during your 30 seconds, the stretch fades away, move a little further into it until you can feel the pull again.

There are many ways to stretch the hamstrings. One simple method is in the sitting position.

It is usually the outer hip muscles or hip abductors that need strengthening. There are a number of exercises for the hip abductors or muscles which move the leg out sideways away from the body. One simple one is using a resistance band. 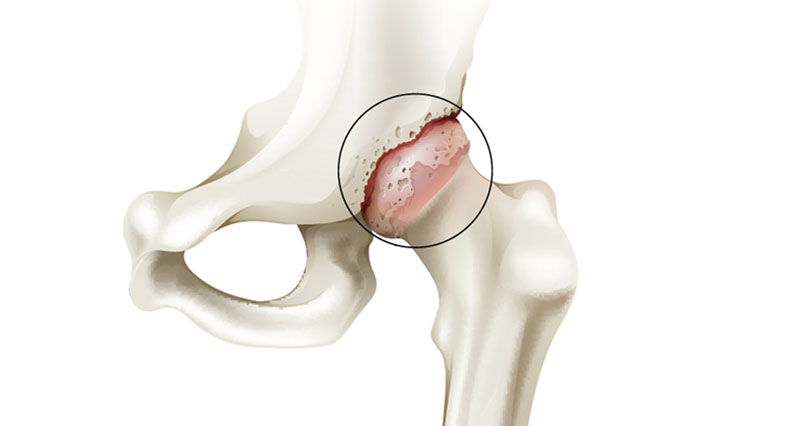 Osteoarthritis is a degenerative condition resulting from wear and tear in the hip. The cartilage that covers the hip joint facilitates movement, so when this…

Gilmore’s groin was first identified in 1980 by Consultant Surgeon Mr Jerry Gilmore, as a cause of longstanding, chronic groin pain. Symptoms Symptoms of Gilmore’s… 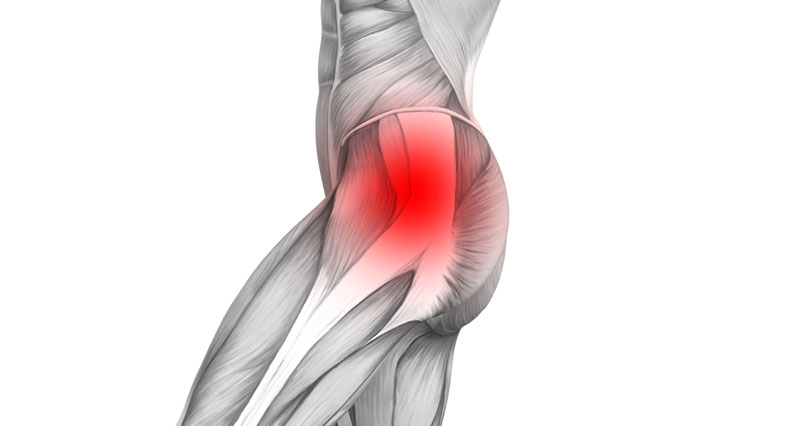 Hip synovitis is inflammation of the synovial membrane of the hip. It often occurs in sports people alongside another hip joint injury. Here we explain…

Osteitis pubis, also known now as pubic bone stress injury, results in groin pain originating from the pubic bones at the front of the pelvis.… 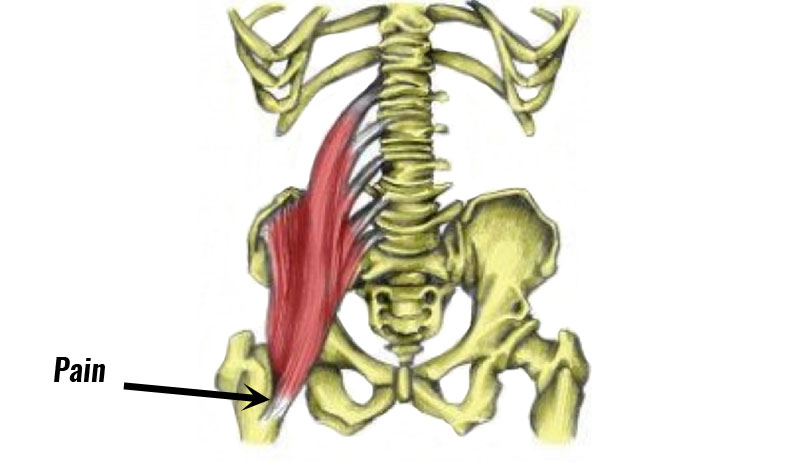 Iliopsoas bursitis and Iliopsoas tendon inflammation have similar symptoms of gradual onset pain, deep in the groin. The bursa is a small sack of fluid…