A perforated or burst eardrum is a tear of the eardrum in the inner ear. This is uncomfortable but usually heals on its own within a few weeks. It may be caused by an impact, loud noise, or infection.

Symptoms of a perforated eardrum

One of the most common causes of a perforated eardrum is trauma. This may be from a head injury such as an impact to the side of the head, or may occur from an object being poked into the ear, such as a cotton bud!

Sudden loud noises such as an explosion can damage the ear, including the eardrum. This usually results in a severe loss of hearing and ringing in the ears. An ear infection can cause a perforated eardrum. A build-up of pus inside the ear can put pressure on the eardrum until it ruptures.

Sudden changes in air pressure can also cause the eardrum to perforate. This may happen with flying, scuba diving, skydiving, or driving at high altitudes.

Treatment of a perforated eardrum

If you suspect a perforated eardrum, visit your Doctor. A Doctor will look inside the ear with an auriscope. They will be able to see if the eardrum is torn and how much. Most perforated eardrums will heal by themselves within 2 months.

A Doctor may prescribe painkillers or anti-inflammatory medication to ease any discomfort. If the perforation was caused by an infection, they may prescribe antibiotics to clear the infection and allow the eardrum to heal.

Keep the ear dry whilst the eardrum is healing. Also, avoid any pressure changes. For this reason, swimming, diving, and flying should be avoided until the eardrum has healed. Occasionally, if the eardrum does not heal or in very severe cases, surgery may be required. The procedure is known as a myringoplasty and uses a small graft of skin from above the ear to fix the eardrum.

Ear wax which is medically termed impacted cerumen is a build-up of wax in the auditory canal. This can cause discomfort and affect hearing and…

Glue ear is a childhood condition which can cause some loss of hearing. It affects the middle ear and there are usually no external symptoms.… 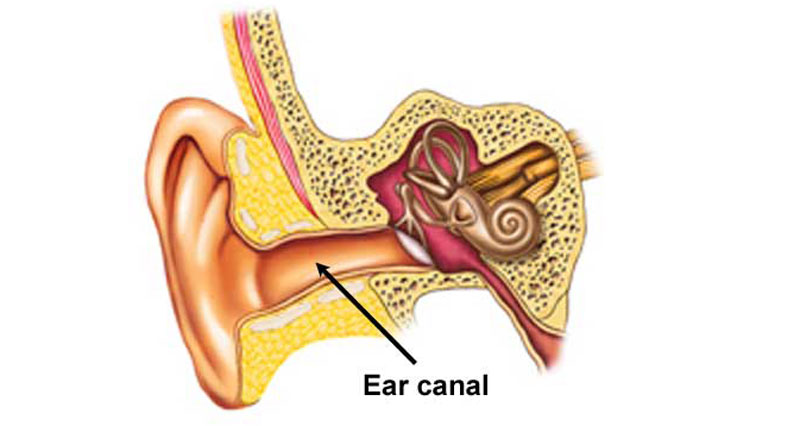 Swimmer’s ear is also known as otitis externa. It is an infection of the skin which lines the ear canal and is common in swimmers.…