Lisfranc injury is a dislocation or fracture in the midfoot area. It is very rare, however, vital that it is not missed because long-term damage can occur.

What is a Lisfranc injury?

The term Lisfranc joint refers to the tarsometatarsal joints where the short tarsal bones in the midfoot meet the long bones or metatarsals in the foot. Jaques Lisfranc was a surgeon in Napoleon’s army who described an operation for amputation through this joint.

Lisfranc injury, or Lisfranc fracture-dislocation, is rare in sport but if left untreated it can have very severe consequences. If you suspect a midfoot sprain then you should always consider the possibility of a Lisfranc injury.

The most common cause of this injury is stepping into a small hole, which causes a strong twisting force with a lot of body weight on top. It can also happen in car accidents.

The lisfranc ligament connects the medial cuneiform bone (one of the tarsals) to the base of the 2nd metatarsal. The injury may consist of a dislocation where there is only ligament damage, or a fracture of one of the two bones may also occur.

If you suspect a Lisfranc injury or even a midtarsal joint sprain, then seek medical advice immediately. Delaying treatment of Lisfranc injury can cause long-term or permanent damage.

A doctor will X-ray the foot with the athlete in a weight-bearing position. However, even with an X-ray, it is often missed.

So if your doctor suspects a Lisfranc injury and it is not obvious on the X-ray then MRI or bone scan will confirm the diagnosis.

If Lisfranc injury is confirmed, a plaster cast with a toe plate extending under the toes is applied below the knee to immobilize the joint. Sometimes the bones require fixing with pins or wires.

Treatment will then depend on the severity of the injury. Precise anatomic reduction of the bones is required. If this is the case then the cast is usually on for 4 to 6 weeks. 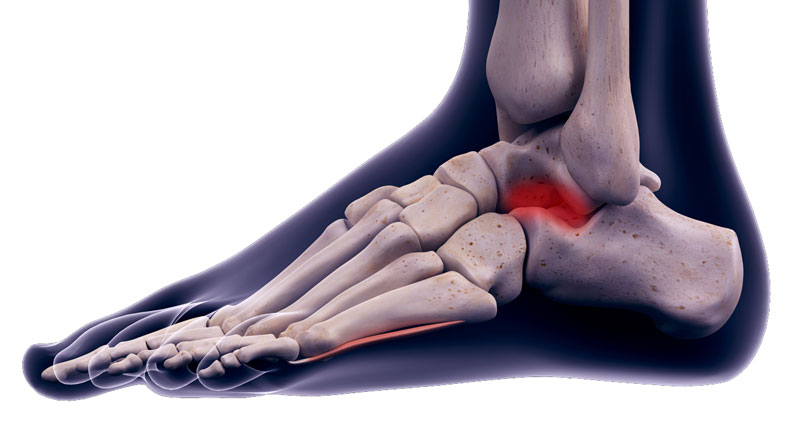 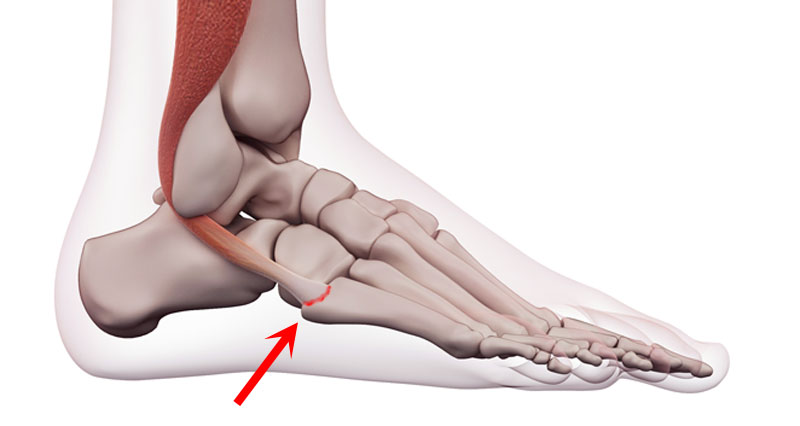 A Peroneal tendon tear is a tear of one of the tendons of the Peroneus muscles. The most common is a brevis tendon strain (tear)… 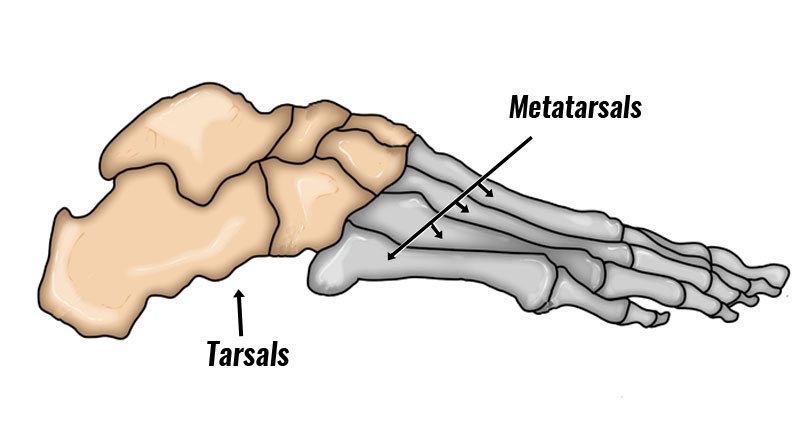 A midtarsal joint sprain is an injury to one or more of the ligaments holding the tarsal bones in the middle of the foot together.… 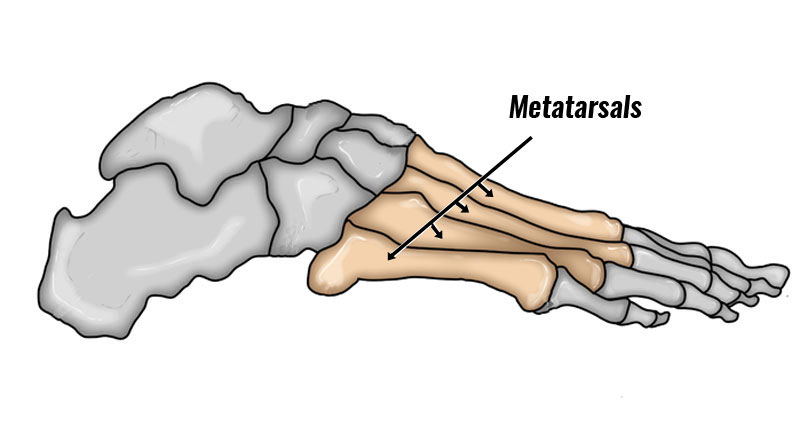 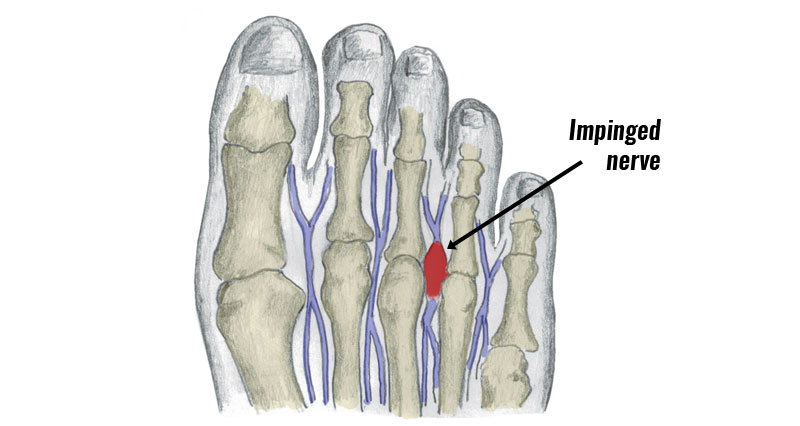 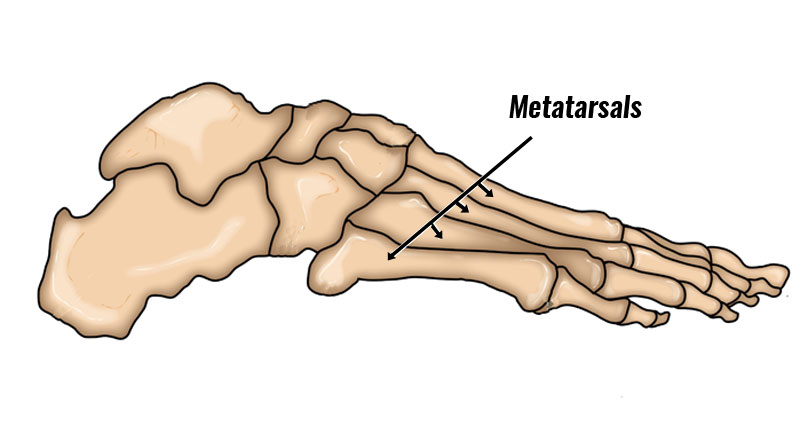 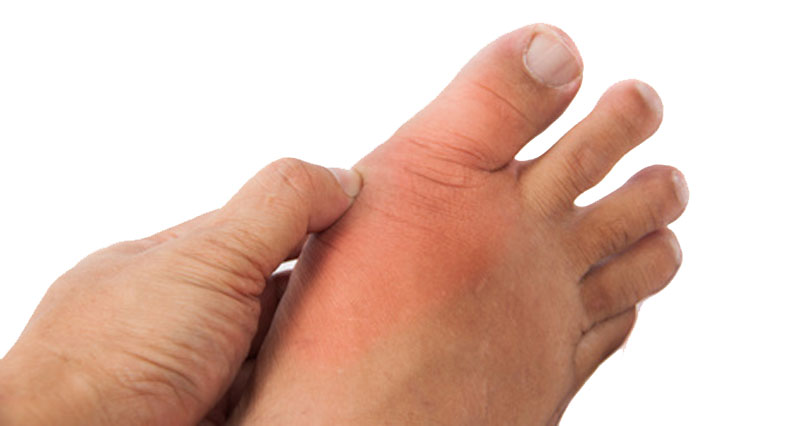 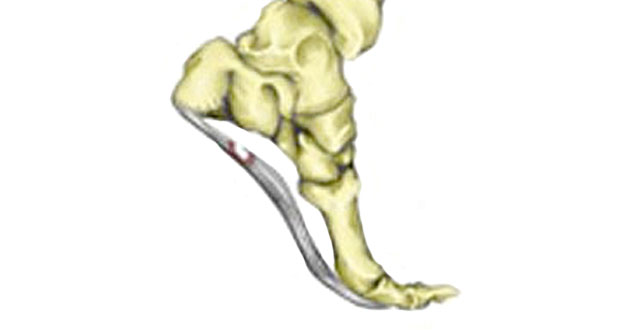