A winged scapula is where the shoulder protrudes out of the back rather than laying flat against the back of the chest wall. It is a symptom of another condition, rather than an injury itself but can be painful.

What causes a winged scapula?

A winged scapula is a symptom of another condition, rather than an injury itself. It is where the shoulder blade protrudes out on the back, rather than laying flat against the back of the chest wall.

It is quite a common dysfunction of the shoulder as it is also associated with poor posture. It is known as winged scapula as the medial (inner) border of the scapula can appear to be wing-like on the back.

A winged scapula is associated with damage or a contusion to the long thoracic nerve of the shoulder and/or weakness in the Serratus Anterior muscle. If the long thoracic nerve is damaged or bruised it can cause paralysis of the serratus anterior muscle. As a result, winging of the scapular or shoulder blade occurs. Damage to the nerve can be caused by a contusion or blunt trauma of the shoulder, traction of the neck and can also sometimes follow a viral illness.

Applying ice or cold therapy may help reduce the shoulder blade pain although the back isn’t the easiest place to apply a cold pack. Assistance will be required!

Professional advice should be sought, particularly if your shoulder does not respond to strengthening exercises. Initial treatment is usually conservative but occasionally surgery may be performed if this fails and the condition is caused by nerve entrapment.

A winged scapula is usually as a result of weakened shoulder blade stabilisers, especially the Serratus Anterior. The serratus anterior is also known as the punching muscle.

To target the Serratus Anterior directly, scapula protraction exercises work best along with serratus press exercises. Any movement which protracts the shoulder forwards at the end range of movement will target the serratus anterior. Punching a punch bag will also work this muscle.

Start with the end of the band in one hand at shoulder height, elbow bend. Push the hand forwards, straightening the elbow as you go, in a punching motion. Ensure you push through the entire shoulder, trying to reach as far forward as possible. Slowly return the hand to the starting position under complete control.

Start in a lying position as shown, with a medicine ball in both hands, elbows straight. Keep the elbows straight throughout the exercise. Push the ball up, using only the shoulder girdle to move it. Lower the shoulders back down and repeat. 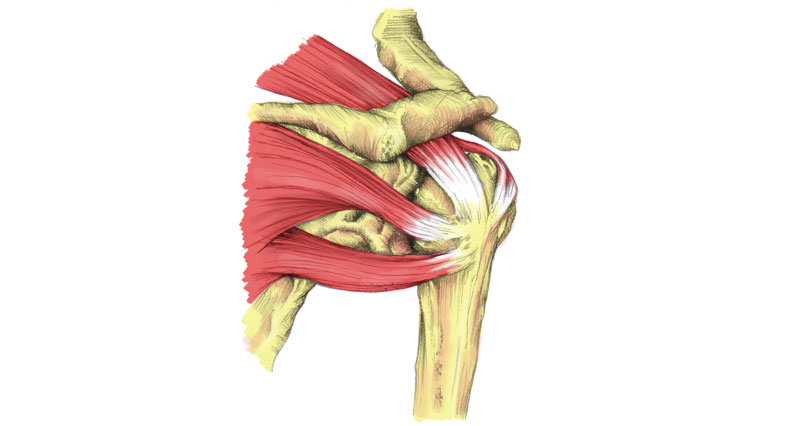 A rotator cuff strain is a tear to any of the four rotator cuff muscles in the shoulder. It is common in throwing and racket… 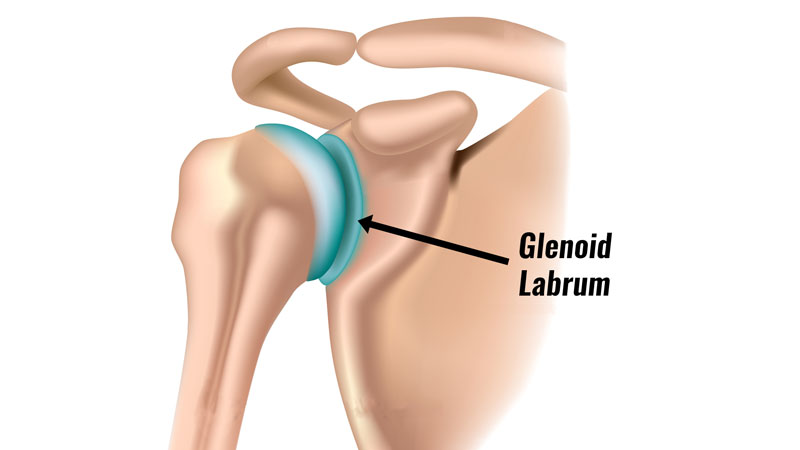 A Glenoid labrum tear is a tear of a fibrous ring of tissue in the shoulder joint. It is often caused by repetitive movements such… 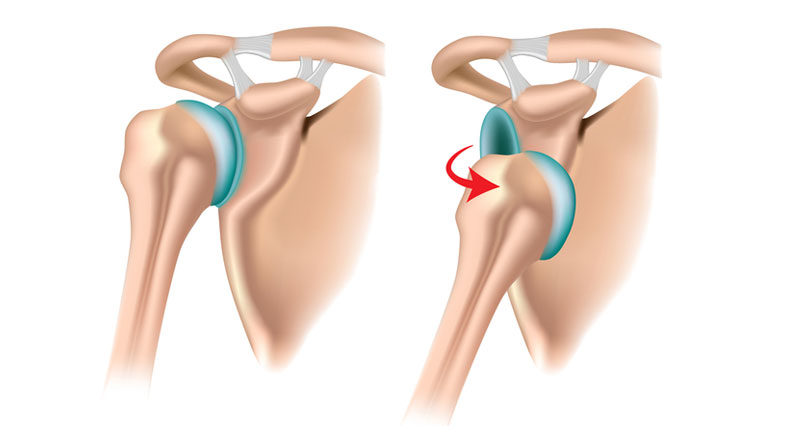 A dislocated shoulder occurs when the humerus bone is displaced forwards out of the joint. Here we explain the symptoms, causes, and rehabilitation for shoulder… 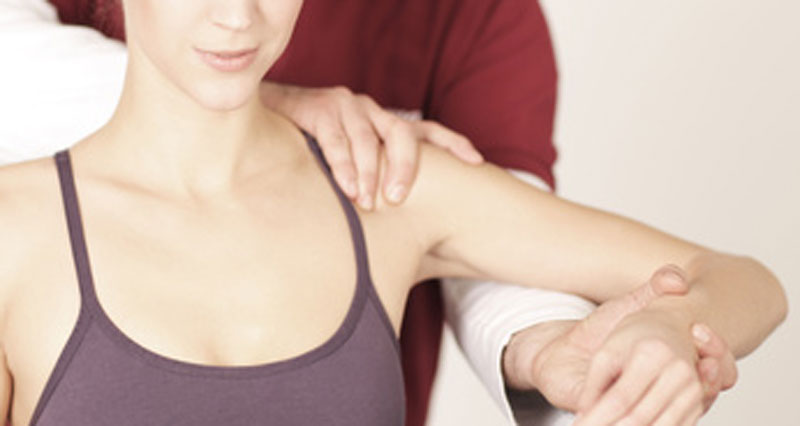 Adhesive capsulitis is the medical term for frozen shoulder. It is a condition causing pain and restricted movement in the shoulder joint. There are three…

Rotator cuff tendonitis (tendinopathy) is an overuse injury causing gradual onset pain in the shoulder. Here we explain the symptoms, causes, treatment, and rehabilitation of… 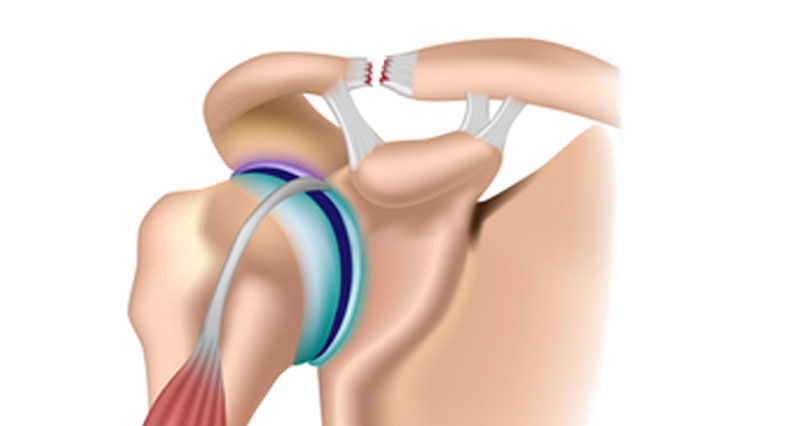 An AC joint separation, or AC joint sprain, is an injury to the ligaments which hold the acromioclavicular joint together at the top of the… 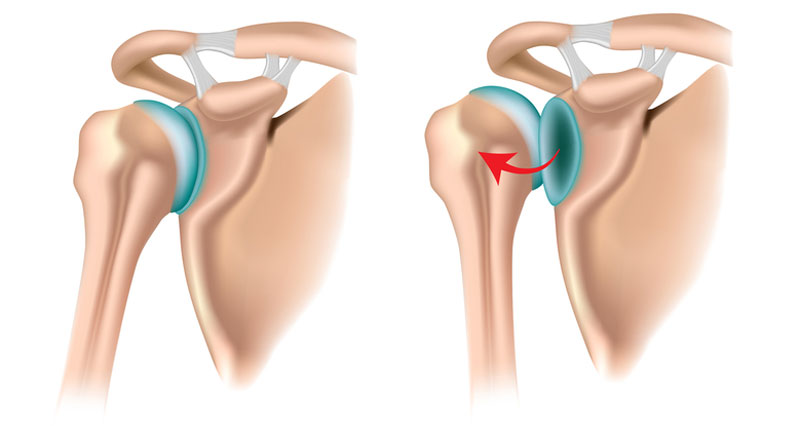 A posterior shoulder dislocation occurs when the head of the humerus moves backward out of the socket. This is a relatively rare injury as most…

Shoulder tendonitis is an overuse injury that causes inflammation of one of the tendons in the shoulder joint, usually a rotator cuff tendon. Shoulder tendinopathy…